WoW, Classic has proven to be one of Blizzard’s most successful franchises. That’s a lot considering it’s a re-release of a game approaching its 20th anniversary. However, WoW Classic is a gift that keeps on giving, with Blizzard just announcing another incarnation of the popular MMORPG. This new version, dubbed WoW Classic Season of Mastery, was created to allow “faster progression and more demanding content.” Because of many of these minor changes, we’ve put together a quick reference guide to answer any questions you may have regarding the new and enhanced material. You can also get a basic guide about whether or not any specific third-party website sells WOW Classic SOM Gold.

What is WoW Season of Mastery?

We discussed this topic briefly in the first paragraph, but let’s dig a little deeper now, shall we? This is a seasonal event, as the name implies, that began on November 16th. Blizzard hasn’t revealed any details on the schedule, but we know that the season will end. According to the firm, players will be able to transfer their characters to a Classic Era realm once the season concludes.

Season of Mastery is a new seasonal event. It is different than Hallow’s End and Feast of Winter. SoM lets users create a new character on a separate server and challenge themselves with fresh challenges. There is no need to be anxious because these servers are not meant to replace the traditional World of Warcraft Classic. No plans to phase down Classic World of Warcraft servers anytime soon. The Classic version of World of Warcraft is a good example of how characters can be created in both the Shadowlands and Classic versions. 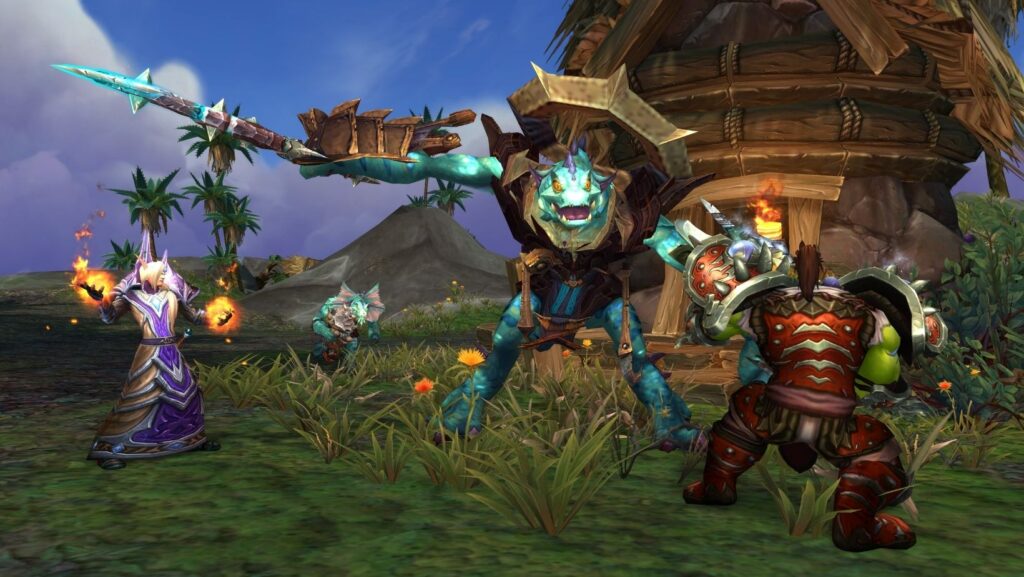 With WoW Classic Season of Mastery, Blizzard sought to turn things around by making the endgame harder while increasing the rate at which players level up. And it won’t be a small margin. Any player below level 60 receives a new boost named Adventure Awaits during Season of Mastery. The perk boosts the experience obtained from task completion by at least 40%. Furthermore, the buff provides additional experience for completing group or dungeon objectives.

Is it still possible to be boosted by other players?

Although WoW Classic Season of Mastery includes new mechanisms to speed up the endgame, it also nerfs current ones. Most notably, while in a group with much higher-level players, players gain less experience killing creatures. In other words, there’s less of a need to call a max-level friend or join a guild to assist you in getting through Scarlet Monastery. For that matter, any other form of content. Boosting is still possible, but it’s now more time-consuming and inconvenient for everyone involved.

Is it Possible to Purchase WoW Classic Season of Mastery Gold?

It’s nice to be able to level up faster, but it also means you’ll have fewer chances to farm when questing. Fortunately, you can save time and money by purchasing WoW Classic Season of Mastery gold from sites like Lootwowgold. Farming gold in an old-fashioned manner was fun the first time WoW Classic premiered, but it seems like a waste of time to do it all over again in SoM. Sure, Blizzard isn’t fond of gamers purchasing gold from third parties, but you won’t have to worry if you obtain your gleaming coins from Lootwowgold.

Where Can You Buy Gold for WoW Season of Mastery Gold?

Breaking the game’s terms of service can put you in danger of becoming a victim of fraud. There’s no need to worry because I’ll show you how to buy WoW Season of Mastery gold on the safest website accessible today! This website is the most reputable of its kind. Still, it has also been in operation for more than a decade, with many devoted clients who appreciate its honest and excellent customer care.

WoW, Classic Season of Mastery is the perfect opportunity to get ahead in the game. With the right information, you can make the most of this event and improve your character’s power and standing in the game. The items and rewards you receive are top-notch, and the experience is worth the investment.

What is Twitch Gambling?

Essential Esports Betting Tips To Get You Started

4 Benefits Of Incorporating White Dragon Kratom In Your Life